There’s a problem in college, and it’s not a new one.  For the purpose of this essay, we’re going to assume that the goal of going to college is to learn new things, and to earn a degree that declares that fact. The reason for learning these new things is to eventually get a job that will demand that you apply what you learned. Hopefully, you get paid well. That’s not too hard to follow right? Learn, degree, job, make money. Remember this sequence, as we will refer to it several times in this essay. 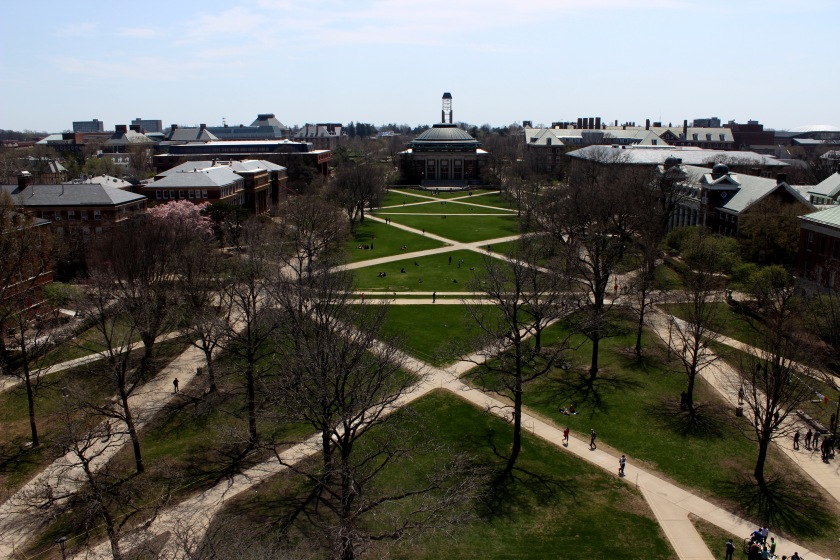 University of Illinois by Ari

The Demands of College

College asks a lot from the students. The first thing college demands is actually time itself. It takes 4 years to get a Bachelor’s degree, and another 2 years for a Master’s. Medical school can take as long as 8 years, law school students average at 7 years of school, and there are various doctorate programs that end up taking a decade. This is no laughing matter. Most people start going to college between the ages of 18 and 22, and 6 years later can be the difference of a lifetime. You can get married and begin a family in that time. Alternatively, you can be working instead of going to school. You can be earning money in that time.

Which brings us to the second thing that college demands of the student: the funds. Money, money, money. Some people call it a business, an industry. Many things cost money when you deal with college. Tuition rates range from the relatively inexpensive at a few grand a semester, to the exorbitant averaging at $40,000 a semester for Ivy League schools. That’s just for classes. There’s housing to consider – a couple hundred a month – and food, which can be store-bought or worked out in a meal plan package. Textbooks cost money, and there are clever little gimmicks engineered by the publishers to ensure that students don’t buy their books secondhand. The publishers require an access code for each book to be registered online, essentially making each book a single use purchase. Luckily, not every professor uses this system. However, even secondhand, the cost of books alone in a 4 year tenure at college is formidable. Transportation will rack up quite a bill, from gas money to bus and train tickets. Each class has its own needs, and there are supplies that students must purchase out of their own pocket.

There are systems in place to assist the students, such as grants, scholarships and loans. Grants are funds given by the State or Federal government alleviate the cost for those in need. Scholarships are given by the school for various reasons and causes, usually sponsored by a generous donor. Loans allow the student to attend college now and worry about the tuition later in life, when finances become a matter of interest. There’s an option called work study which allows students to make money while they’re in school. There’s plain old-fashioned working, at the cheap local establishment of your choice. Some of these options work better than others, but let’s be clear on one thing: college has a lot of money going around.

And lastly, college demands your brain. It demands that you care about what you learn. Your mind has to be in college doing work even when you’re not physically there. And ultimately, college brings you in line with whatever view they have decided is acceptable for the curriculum. You don’t have to agree with it, of course. But try to ignore the bits of data fed to you when you have to remember terms and definitions for an exam. It messes with your head.

Now that we outlined what college demands of the student, let’s return to the flaw with the system. To demonstrate, let’s take an example of a hypothetical student in college. He’s prepared to spend the next 6 years of life in order to learn something. Why? In order to earn a Master’s degree in that field. What good will a Master’s degree do? It will make him marketable to the companies and corporations who he hopes will hire him. Then what? He will work his job and make money.

If getting good money takes a good job to get, then it follows that a good job requires a good degree. And to get a good degree, you must learn well. Still following? The flaw in the system is that the professors who have the ultimate say over the grades are human beings. That’s it. That’s the whole problem. They are human beings with complex emotions, delicate egos and inferiority complexes like the rest of us on planet Earth (besides you, of course). Say this student has an arguable grade. He approaches his professor and asks to have it changed. Will the professor say yes? Let’s say for the sake of the example that the grade in question really could go either way. Let’s pretend we know this objectively, and we’re observing the situation as it plays out. What happens for the professor either way? Nothing. What determines the professor’s answer? His or her mood. What does the professor say?

If the answer is yes, the student is relieved. His grade is improved, and with a higher GPA, he has a better chance to get into a graduate program. The graduate programs are extremely competitive, with waiting lists lasting for years.

If the answer is no, the student is devastated. His GPA is affected, and he may not be able to transfer. He may not get as highly paying a job. He might be making less money years from now because of the decision of a professor.

Let’s review: Learn, degree, job, make money. But now it’s important to add the missing factor: learning + professor’s mood = degree. Now, with the weight of the future hanging in the balance, one of the focuses of college is to remain in the professors’ good books.

Why this is a problem

It’s becomes even more important to choose a class with a professor that won’t be temperamental than whether they teach the material well. After all, knowing what the class offers is only part of the equation. It’s for this reason that there are blogs and forums dedicated to the reviews of college professors nationwide, most notably, www.ratemyprofessor.com.

Isn’t college a place for learning, a place for asking questions and challenging what you don’t understand? No, it’s not. It’s less about what’s being learned, and more about how to pass the test. The almighty grade is the most important thing, the whole reason why you’re in college to begin with, why you spent the time, took the loans and worked the jobs, sacrificing your free time and quite possibly your sanity. You’d probably think twice before you asked a complicated question. You don’t want to make things complicated. You don’t want to upset the teacher. You wouldn’t want to risk jeopardizing your grade, your degree, your future. You need to take these things into consideration.

The result? A bunch of timid zombies who sit through class, not wanting to call negative attention to themselves. They just want to make it through the day, through the semester, through the college experience with what they thought they were getting in the first place.

4 thoughts on “The Almighty Grade”